The Museum of the Risorgimento is located on the first floor of the building (via XXIV Maggio 4) that also hosts the Casa del Combattente (Home of the Fighter) in the remaining floors. Its architect was Umberto Nordio (Trieste 1891 – 1971) and it was solemnly inaugurated on 29th April 1934.

Before that day, the collections concerning Italian Risorgimento were on display, togheter with the ones about local history, in the mansion lying in via Besenghi 2, which had been donated to the Municipality of Trieste by Giuseppe Basevi at the beginning of the 20th century. The building has substituted the imposing Austrian barracks of the 18th century, where Guglielmo Oberdan (Trieste 1858 – 1882) was executed on 20th December 1882 being accused of high treason and of making an attempt on Emperor Franz Josef’s life. In the Memorial – built together with the Museum – the statue by Attilio Selva (Trieste 1888 – Rome 1970) and the original cell where Oberdan was imprisoned before the execution remind the character and killing of the martyr from Trieste.

The Museum collections include documents, pictures, uniforms, artworks and objects that relate to the period, known as Risorgimento, that begun with the revolutionary uprisings of 1848 and lasted until the end of World War I, when Trieste became part of Italy again. A whole section of the Museum is dedicated to the followers of Garibaldi from the area of Trieste; some of them even took part in the war between Greeks and Turks in 1897. 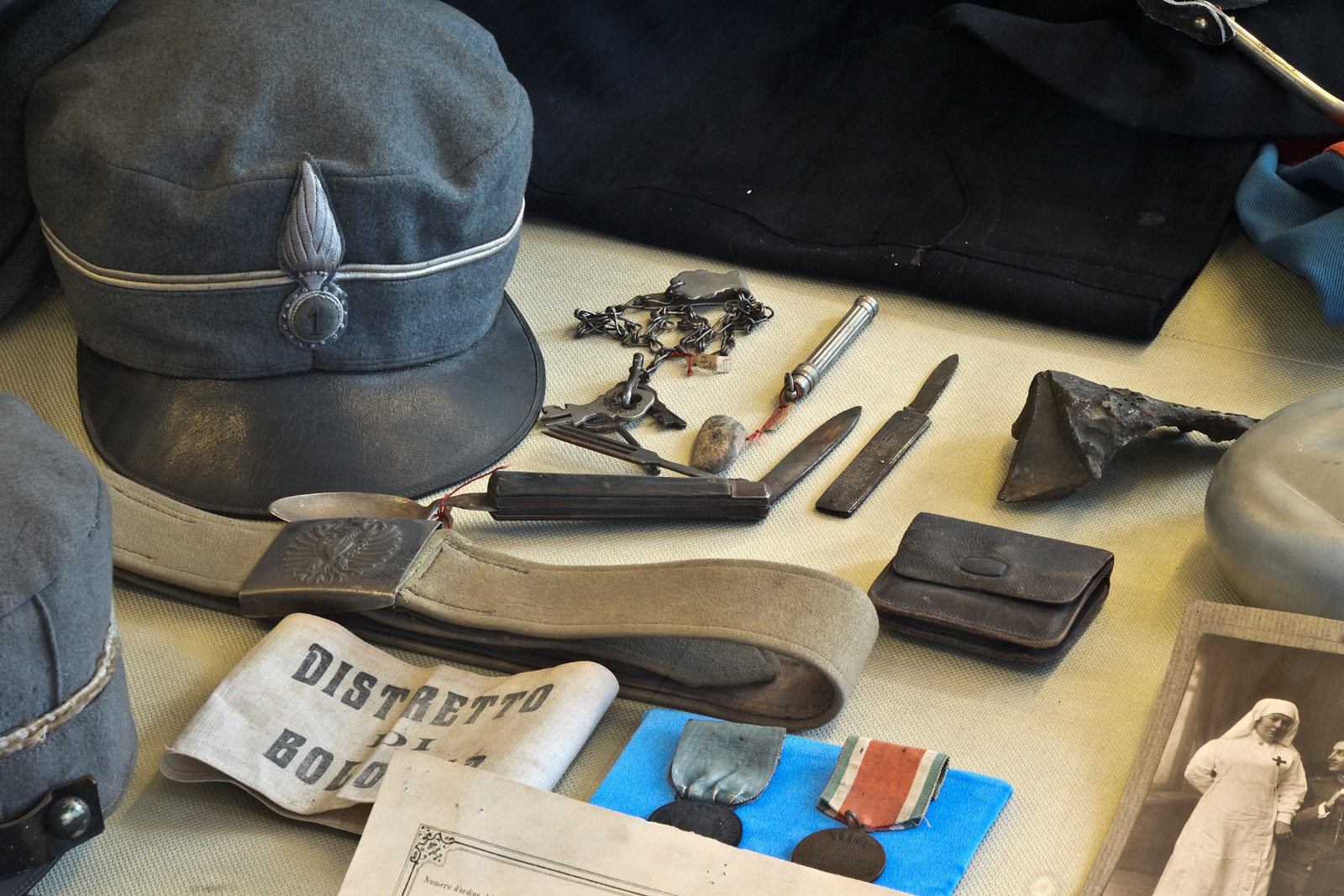 Letters, personal belongings, images and portraits exhibited in the same section outline the personality and life of Oberdan. In the great central hall, dedicated to the volunteers from Venezia Giulia and Dalmatia, there are the frescoes by Carlo Sbisà (Trieste 1899 – 1964). They depict allegories, in the form of feminine busts, of the cities that were freed and became part of Italy after World War I: Trieste, Aquileia, Gorizia, Fiume, Zara, Pola and Parenzo. The only figure who has a black veil on her head is Spalato, the only city that couldn’t be freed, while the only full-lenghth figure is Mother Italy.

In the permanent display have also been included the materials selected in 2012 for the temporary exhibition “Oberdan Nordio. Materiali per due anniversari” (Oberdan Nordio. Materials for two anniversaries). These objects, documents and pictures allow to reconstruct the events that led to the creation of Casa del Combattente and Museo del Risorgimento, two separate entities united in the same building in the city’s heart. 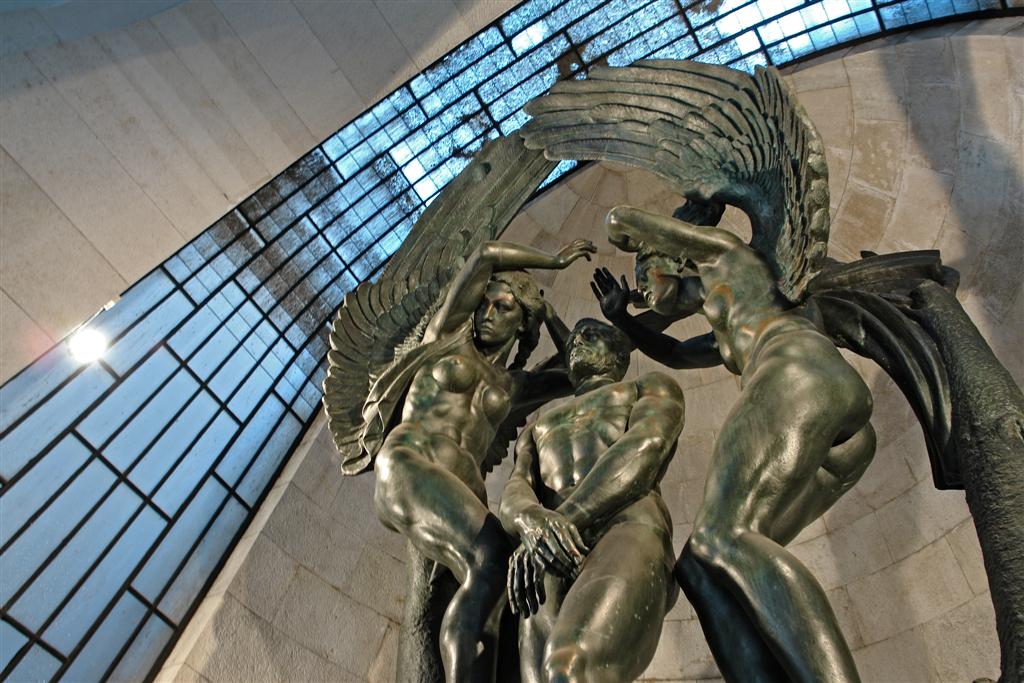 The exhibition has also been the occasion for studying in detail the history and meaning of Attilio Selva’s monument to Oberdan and to Sbisà’s frescoes. Among the most important pieces there are Nordio’s blueprints, pictures of the different building phases, sketches of some of the sculptures presented during the contest announced in 1926 for celebrating Oberdan’s sacrifice, and the drawings of the architectural part of the monument originally designed by Selva.

Furthermore, the 2012 exhibition has also been the perfect occasion for renovating some outdated parts of the Museum and for honouring World War I volunteers and soldiers to whom the Gold Medal was awarded by presenting their full biographies.